When a ticker symbol changes it’s usually not a good sign. Tickers of publicly traded companies generally only change for one of four reasons:

When a ticker symbol changes because of a merger, the company being acquired usually gives up its ticker symbol in favor of the acquirer’s symbol. Corporate actions such as mergers can often be positive for a company, especially if the company is taken over for a premium over the share price.

Sometimes, a ticker symbol changes because the company has changed its name. For example, when AOL Time Warner dropped the AOL and became simply Time Warner, it changed its symbol from AOL to TWX. A company name change generally doesn’t mean much, though you might interpret it as positive sign if it reflects a positive change in the company’s overall strategy.

If your ticker symbol has had letters added to it such as .PK, .OB or .OTCBB, this means the stock has been de-listed and is no longer trading on the exchange on which you purchased it, but rather on the less liquid and more volatile over-the-counter market. More specifically, a .PK indicates that your stock is now trading on the pink sheets, while an .OB suffix or .OTCBB prefix represents the over-the-counter bulletin board. A stock that has been de-listed is like a baseball player who has been sent from the major leagues to the minor leagues. For some reason, the stock is no longer worthy of trading on a major exchange such as the New York Stock Exchange or Nasdaq, probably because it failed to maintain the exchange’s requirements. (To see these requirements, see What are the listing requirements for the Nasdaq?)

You may have also noticed that Nasdaq-listed securities have four or five characters. In this case, the fifth character often communicates a piece of information, and it can also mean something is wrong with the company. For example, if a “Q” has been added, this means that a company is in bankruptcy proceedings, and “E” means the company is late on its SECfilings. Below is a complete list of fifth symbols on the Nasdaq and what they mean: 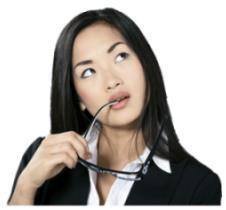